What about whooping cough HP in pregnancy?

“Hello, I am 13 weeks pregnant and my physician recommend I 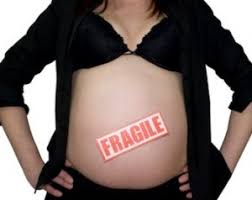 take the TDaP shot at 20 weeks gestation. I am not comfortable with that but my husband would like me to get the shot. Please could you explain the reasoning they are recommending this and why it would be inadvisable for women who are pregnant? I am on the fence based on intuition right now. I am interested in HP, but without the support of my husband I am hesitant.”

Good question.
Doctors recommend the TDaP (for adults) vaccine for pregnant women in efforts to stimulate pertussis antibodies in the mother. The reason for this is so that when the baby is born the baby would not contract Whooping cough from the mother if she were by chance to have it and also perhaps to boost pertussis antibodies in her breast milk as whooping cough in infants is high risk and this is supposed to protect her infant. The theory does have some merit and would apply if you were going to either do vaccines or HP for Whooping cough. However there are other things we need to think about.

Firstly, during pregnancy the part of the immune system that develops antibodies (T2, and allergic response) is naturally suppressed so as to not produce antibodies towards the baby. Whether a pregnant woman will produce antibodies to the vaccine is debatable so it is questionable if the theory for the vaccine actually works in reality. Additionally, as the adult vaccine has a high amount of aluminum and aluminum is a neuro-toxin and crosses the placenta it will surely go to the infants’ brain. There is also latex which is a known allergen and we are not sure what latex does for fetuses but it is known to cause annapylaxis.

If you had had whooping cough when you were younger you would naturally pass antibodies to the infant through your breast milk. If you were vaccinated those artificially elevated antibodies would have wore off by now so this is why they are saying you should be re-vaccinated. The vaccine will tip your body to more of a T2 response and may do the same thing to her infants immune system so the child will be more susceptible to allergies in life.

On the other hand if we look at HP, if we were to do a prevention method at all, the Pertussin nosode, rather than artificially stimulating antibody production, it stimulates the general immune system function towards Whooping cough (the ability to make a fever, localization and discharge). HP educates this part of the immune system which is still fully active in pregnant mothers. If you had whooping cough in the past it would in addition to the general immune response, stimulate those IgM antibodies to come back which would then get passed on in your breast milk and protect the baby. If you had not previously contracted the disease but were vaccinated before and did actually produce antibodies from the vaccine (some people don’t) it may also bring those antibodies back as the immune system does have a memory. If you had not been vaccinated then with HP we would get the general immune system response activated, so as to protect from the disease at that level.

The advantage of the HP is no aluminum, no latex or other toxic chemicals which may harm the baby but that also would effect the overall balance of the T1/T2 responses of their immune system as aluminum always forces heightened T2 response and therefore the baby would be more likely to become allergic in life.

We hope this helps explain.

The Solution ~ Homeoprophylaxis:The Vaccine Alternative. We are homeopaths who specialize in the homeopathic treatment of infectious contagious disease, vaccine injury and homeoprophylaxis. Visit us at hpsolution.me
View all posts by TheSolution_HP →
This entry was posted in For Parents, HP Q&A, Uncategorized and tagged Homeoprophylaxis in pregnancy, TDap Vaccine, Tdap Vaccine in Pregnancy, Whooping cough vaccine. Bookmark the permalink.

4 Responses to What about whooping cough HP in pregnancy?